“This week it’s a Planet Mu takeover and in Hour 1 we’re delighted to welcome label boss Mike Paradinas, who has been constantly pushing boundaries with the label and under his moniker ?-Ziq for well over two decades. His contribution to electronic music is incredible when you look at just some of the names that have appeared on Planet Mu, such as DJ Nate, Mr Mitch, Kuedo, Terror Danjah, Meat Beat Manifesto, Benga, Neil Landstrumm, FaltyDL, DJ Rashad, Luke Vibert, Machinedrum and Floating Points. We’re lucky to get a preview of forthcoming material on the label and he told us;
“This is a mix I did when I had a free day. I just went through the last two months of additions to my itunes and used that as a starting point. I’ve been compiling Kuedo’s new album in the last few weeks so there are a few early versions of what will appear on that, and some tracks by Wwwings who we are releasing an EP of. Outtakes from the new JGB album (J.G. Biberkopf) on Knives and some new Ekoplekz and Herva tracks.”
In Hour two we welcome back Ital Tek who appeared on Solid Steel in 2012 and has been a firm fixture on Planet Mu since his debut release in 2007. He did a track with Mike Paradinas as ‘Mick & Alan’ in 2013 and his latest album ‘Hollowed’ was released last month. He had this to say about his mix;
“Here is a mix showcasing a few tracks from my new album ‘Hollowed’ alongside some of my favourite recent and upcoming releases. Newly released material from some of my label mates at Planet Mu, a favourite of mine from the great new Ash Koosha album on Ninja Tune, tracks from the awesome new records by Clark and Roly Porter and a couple of unreleased pieces from my brother Edward. I’ve included ‘Night Traffic’ by Paul Lansky who has been an influence on me over the years and an untitled new ambient track of mine.””
Check out other Solid Steel shows here and subscribe to the feed to get good music in the future. 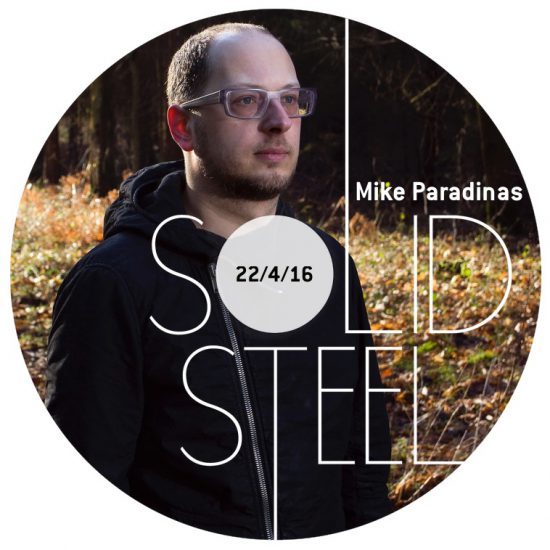