“Dave Pearce talks to DJ Danny Rampling about the 25th anniversary of his seminal acid house club night, Shoom.
One of the UK’s best-known club nights, Shoom was inspired by Rampling’s trip to Ibiza in the summer of 1987 with his friends Nicky Holloway, Trevor Fung and Paul Oakenfold. Inspired by the “Balearic” DJing style of legendary Ibiza selector Alfredo, who they heard play for the first time that summer, Rampling and his wife Jenni decided to create a club night similar to those they’d experienced on the White Isle in the UK. Shoom began in a south London warehouse in the autumn of 1987 and swiftly became the epicentre of a new genre of music known as “acid house” .
Alongside Holloway’s night The Trip, Oakenfold’s Spectrum night and the Hacienda in Manchester, Shoom bought acid sounds to a whole new audience and played a key role in the explosion of dance culture in the UK. Although it closed its doors for the final time in 1990, Shoom left a lasting legacy on UK dance culture, and inspired some of the biggest names in electronic music from Derrick May to David Guetta.
In this special 6 Mix, Dave Pearce talks to Rampling about Shoom, its legacy 25 years on, and plays the music which inspired and soundtracked the club.”
Check out other 6 Mixes in my archive and subscribe to the feed to get good music in the future. 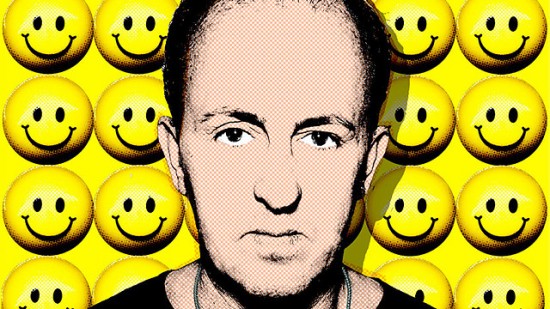