“Tonight on the show Annie has mini mixes from The Rapture and Benny Page. Plus a special delivery from Metronomy.”
Check out other Annie Mac shows in my archive and subscribe to the feed to get good music in the future. You can also follow Core News on Facebook and Twitter.

“In the latest of his occasional series of 6 Mixes exploring synthesised music past and present, record label boss and electro enthusiast Mark Jones is joined by new wave duo Tom Tom Club to talk about their musical inspirations. Originally formed as a side project of Talking Heads by husband-and-wife team Chris Frantz and Tina Weymouth, Tom Tom Club found success in the emergent dance music scene of the 1980s, going on to have crossover hits with ‘Wordy Rappinghood’ and ‘Genius of Love.’ The latter would go on to be sampled a huge range of artists, most famously Grandmaster Flash and The Furious Five. The duo tell Mark about how the band formed, the early 1980s New York clubbing scene which made them famous and the music which informed their sound including tracks from ZAPP, James Brown and Manu Dibango. Bringing it up to date in the last 30 minutes, there’s a guest mix from New York dance-punk band The Rapture whose new album ‘In The Grace Of Your Love’ carries the torch of 80s dance music into 2011, referencing Tom Tom Club and early house music. Mark also takes time to preview the synth based acts appearing at this year’s Bestival on the Isle of Wight, which takes place next week.”
Check out other 6 Mixes in my archive and subscribe to the feed to get good music in the future. You can also follow Core News on Facebook and Twitter. 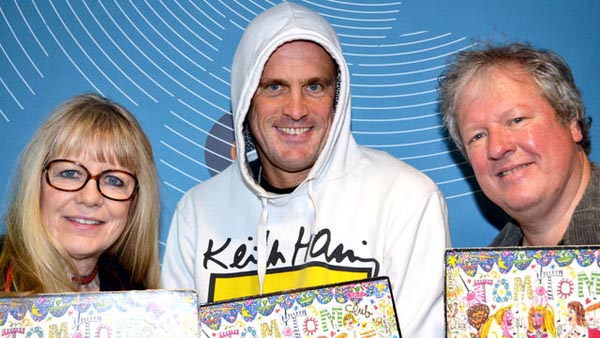