“There’s a comment on Discogs that describes Drexciya as “America’s answer to Kraftwerk,” which might just be the most succinct way of putting it. Between 1992 and 2002 Heinrich Mueller (who was then referred to by his given name, Gerald Donald) and James Stinson recorded some of the most advanced and influential electro/techno ever to come out of Detroit. And they were certainly the most enigmatic. Even at the point of Stinson’s untimely passing in 2002, next to nothing was known about the groupâ€”they seldom spoke to the press, were never photographed and never performed live. Mueller went on to form, or continue with, a number of other projects, exploring a vast range of sonic textures and concepts in doing so. Dopplereffekt, Der Zyklus and Arpanet are just a few of these names, while the most recent of these, Zwischenwelt, are on the cusp of releasing the otherworldly Paranormale Aktivitat long-player.”
Check out other Resident Advisor podcasts in my archive and subscribe to the feed to get good music in the future. 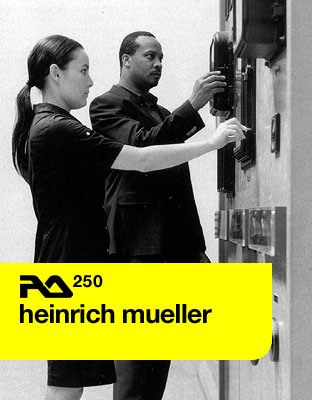 Here is a set from Oneman playing on Rinse FM.

Tracklist:
Sorry, got no tracklist.

Time for some house from MA1 on Rinse FM.

Here is the latest Gilles Peterson Worldwide International show with Serge Gainsbourg, Roots and Joe Jazz mixes.
Check out other Gilles Peterson shows here and subscribe to the feed to get good music in the future. You can also follow Core News on Facebook and Twitter.

“DJ and producer Ben Watt continues his 6 Mix residency, exploring the world of leftfield dance and electronic music, present and future. The head of pioneering deep house label and club night Buzzin’ Fly, Ben has recently been DJing in New York and released records by Tevo Howard and Flowers and Sea Creatures. In his latest 6 Mix, Ben plays a selection of alt-electronic pop, deep house and classic tunes from his record box, alongside discoveries from his DJ travels.”
Check out other 6 Mixes in my archive and subscribe to the feed to get good music in the future. You can also follow Core News on Facebook and Twitter.

The latest White Noise show from Dave Clarke with a guest mix from Mike Humphries.

“Dave Pearce presents three decades of floorfillers which have soundtracked life in clubland. This week there’s classic tunes from Urban Soul, K Klass and Sasha, as well a selection of your requests. There’s also rave gems from 808 State and Shades of Rhythmn and Dave’s featured label is big beat pioneers Wall Of Sound. In the final 30 minutes to celebrate this month’s Miami Winter Music Conference, Dave delves into the BBC Archive to pull out an archive mix from Paul Oakenfold, recorded at the Miami Conference in 1999. There’s seminal anthems from the worlds of rave, trance, house and electro, another profile of a key label in dance music history and upfront new electronic dance music from around the world.”

As requested here is another recording of the Kaleidoskop show by Jazzanova.
Check out other Jazzanova shows here and subscribe to the feed to get good music in the future.

“MistaJam blasts two hours of dubstep and bass from your speakers into your Saturday night.”
Check out other MistaJam shows here and subscribe to the feed to get good music in the future.

A reader tipped me about the Data Transmission podcast. Here is the latest on from Munk. Will keep on posting them if there is an interest 🙂
“This weekâ€™s Podcast comes from Gomma boss and genius producer Munk, the man responsible for the excellent new album The Bird And The Beat and countless remixes over the years. It was on his rework of Etienne De Crecy / Super Discountâ€™s Someone Like You back in 2004 that we first discovered him, and since then electro-funk-disco reworkings for many of his peers and colleagues. Thatâ€™s what this mix is all about â€“ the Best Of Munkâ€™s Remixes, if you like. If you dig his fresh, summery sounds â€“ and how could you not, quite frankly? â€“ make sure you check out his new album. Oh, and our feature with him coming shortlyâ€¦” 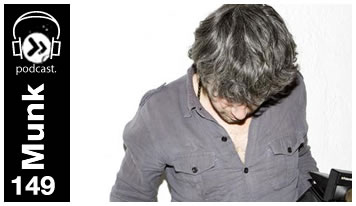 Time for some more vibes from favorite house DJ. Kismet on Rinse!

“This week DK takes over proceedings starting with the brutal Kyle Hall remix of the Carl Craig classic ‘Bug in the bassbin’ and continues with more dancefloor destruction from the current crop of killer club tracks from Ill Blu, Fourtet, Julio Bashmore and Boddika. It’s two from MJ Cole, two productions from NDV and two Hessle Audio tracks from Pangaea and Pearson Sound, before Africa Hitech blow the speakers with ‘Out in the streets’. We switch it down with Charles Stepney inspired music from The Stepkids and the source of that inspiration, Rotary Connection. Then it’s a track from the new Matthewdavid EP on Brainfeeder and a couple from the Gil Scott-Heron album with Jamie XX to close the first hour. With so much new music, DK continues into hour 2 starting with another cover, this time ‘When Saints Go Machine’ do the 80’s anthem by Kariya. William Breakspear gives Aloe Blacc some extra bass and it’s new music from Daedelus, plus another cut off the Brainfeeder label. Synthax from Luke Vibert ends the mix and leads nicely into an interview with him in his Wagon Christ guise. We hear about his background, musical influences and a taste of tracks from his new album ‘Toomorrow’ on Ninja Tune.”
Check out other Solid Steel shows here and subscribe to the feed to get good music in the future.

“Alex Winston performs three tracks in session at the BBC’s Maida Vale studio’s expecially for Rob Da Bank. She talks about her mini album ‘Sister Wife’, being compared to Ellie Goulding and her future plans. Plus The Greatest Record in the World is the brand spanking new one from Chemical Brothers.”
Check out other Rob da Bank shows here and subscribe to the feed to get good music in the future. You can also follow Core News on Facebook and Twitter.