“Hot on the heels of The Orb releasing their new album ‘No Sounds Are Out Of Bounds’ (featuring artists such as Youth, Hollie Cook and Jah Wobble) the one and only Alex Patterson is Nemone’s Resident DJ. What will he pick as his warm-up? His floorfiller? And the all-important Wind Down track? Wrap your ears round some classics!
There’s also a bitesized archive Essential Mix from Sasha, recorded for Radio 1 in May 1995. This dance fan favourite is perfect for a Summer rave and includes a fabulous mix of New Order’s Blue Monday. You’re welcome!
Nemone plays two hours of brilliant electronic music, new and old, from old skool dance, electronica, and beats to breaks, funk and hip-hop.”
Check out other Nemone’s Electric Ladyland shows in the archive and subscribe to the feed to get good music in the future.

“As part of 6 Music Celebrates: 50 Years of Jamaican Independence, legendary ambient producer Dr Alex Paterson from the Orb takes over the 6 Mix.
He talks about collaborating with one of reggae’s greatest pioneers, Lee Scratch Perry. Their forthcoming album, The Observer In The Star House, is released next month.
The pairing transcends more than the dub genre, with Alex’s punk routes and Perry having worked with The Clash and the Slits, creating a reggae/punk crossover.
Recorded in Berlin, the album was first thought of in 2004 when Alex and Lee played together in Mexico. It features brand new material and a re-working of two classics Police & Thieves, which Perry produced in 1976, and Little Fluffy Clouds.
Founded by Dr Alex Paterson and Jimmy Cauty in 1988, the Orb became pioneers of ambient techno, forging their own chillout sound after Cauty left to concentrate on his other band, the KLF.
Best known for their massive hits Little Fluffy Clouds and Perpetual Dawn, the band have continued to push the boundaries of electronic music over the last twenty years.
In this special programme, Alex takes to the 6 Mix decks for two hours to play music that has inspired his new album with Lee Scratch Perry.” 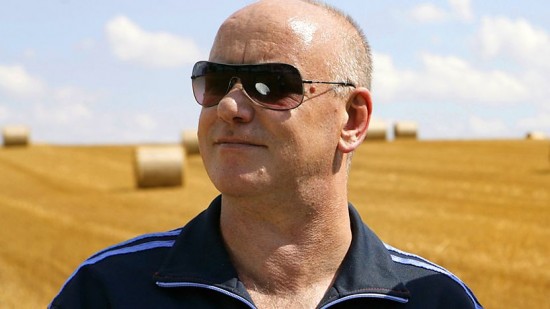 “The Orb, recorded at The Barrowlands in Glasgow in 1997, feature in this Classic Concert. The ambient electro outfit showcase several tracks from their fourth album “Orblivion” which was released the same year, including Delta MKII, Passing of Time and Toxygene. They also played their 1992 classic Assassin. The programme is presented by Chris Hawkins.”
Subscribe to the feed to get updated about fresh mixes in the future.

The Orb recorded at Barrowlands, Glasgow in 1997 [Filesonic download]