“Boy George takes over the 6 Mix playing set of club classics and future floorfillers. Having just celebrated his 50th birthday, George remains one of the most recognisable faces in UK music, with a music career spanning three decades, a club DJ career spanning two and a colourful personal life which has rarely seen him out of the tabloid press. Following last week’s extended 6 Mix interview with Dave Pearce about his life in dance music, George takes to the 6 Music decks for a two hour session of tunes from his twenty year career as a DJ encompassing rave, house and trance. Expect club classics from his time as a resident at Progress and Miss Moneypenny’s, a splattering of noughties Ibiza anthems from his time on the white isle and upfront new music from his record box that he’s playing out right now. You can also hear George’s in-depth 6 Mix interview with Dave Pearce to accompany this mix on the BBC iPlayer right now.”
Check out other 6 Mixes in my archive and subscribe to the feed to get good music in the future. You can also follow Core News on Facebook and Twitter.

“As he celebrates his 50th birthday, Dave Pearce meets singer, DJ and cultural icon Boy George. One of the most recognisable faces in UK music, George started as the cloak room attendant in Steve Strange’s infamous Blitz Club before finding international fame in the mid 80s as the lead singer in Culture Club. Since splitting after their series of massive top ten hits during the 1980s, George has forged a successful career as a solo artist as well as maintaining a constant tabloid presence thanks to his often colourful personal life. However it’s often forgotten that since the early 1990s, George has had a successful parallel career as a club DJ, playing for rave promoters Fantazia in the early 1990s and becoming a regular on the Ibiza circuit. His move into mainstream dance music came in the mid ’90s when Ministry of Sound asked him to mix their ‘Annual’ compilations, which went on to sell millions worldwide. Since then George has continued DJing as well as making his own tunes. In this programme he joins Dave Pearce to talk about his life in electronic music, though the early 80s synths of Visage and the Human league, though his discovery of New York House and rave in the early 90s, to some his favourite clubbing anthems from his last 20 years as a DJ. He also talks about the 30th anniversary of Culture Club and his brand new single ‘Sunshine Of My Life’ and what’s next in his career.”
Check out other 6 Mixes in my archive and subscribe to the feed to get good music in the future. You can also follow Core News on Facebook and Twitter. 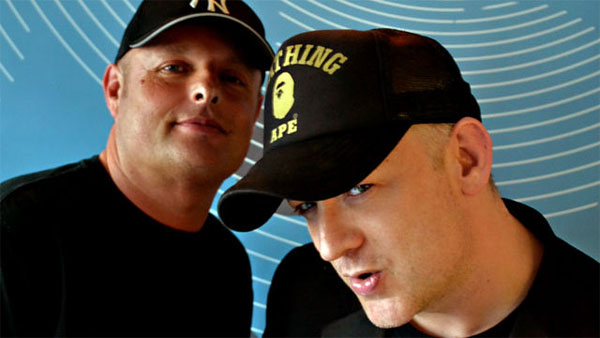