“It’s a Festival Special this week on Rob’s show, with fresh interviews from Totally Enormous Extinct Dinosaurs, Simian Mobile Disco, Jackmaster and Seth Troxler; as well as Radio 1’s Annie Mac, Toddla T, Skream & Benga, Grimmy and many more.
With their help Rob profiles some of the hottest parties of the summer from all over the world, including: Sonar, Bloc, Burning Man, Outlook, Rockness, T In The Park, Green Man, Gootwood and our very own Radio 1’s Hackney Weekend!
Plus Rob gets a little dusty as he digs deep into John Peel’s legendary record collection for a special track. Continuing through the alphabet – this week is the letter D!
All of this, as well as the usual two hours of eclectic music from the UK and beyond with Radio 1’s resident ponytail: Rob da Bank!”
Check out other Rob da Bank shows here and subscribe to the feed to get good music in the future. 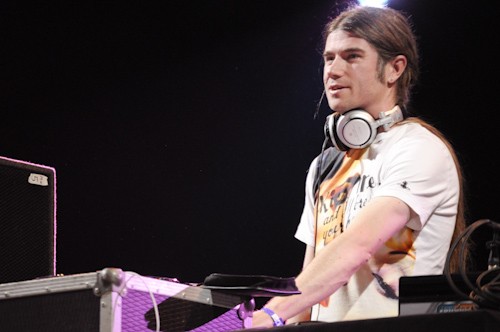