“A dark exploration of rhythm from the Stroboscopic Artefacts boss. Lucy and his Stroboscopic Artefacts label are arguably the most important additions to the global techno scene in the past two years. You may have known the Italian producer (Luca Mortellaro) from his work for Meerestief Records and Perspectiv in the latter half of the ’00s but it was at the end of 2009, and the founding of SA, that his name truly began to ring out across the scene. The Berlin-based Lucy assembled a coterie of artists who, much like himself, were indebted to sounds from far outside the techno canon, and went about releasing around 15 separate examples of this vision during 2010 alone. The culmination of these endeavours surfaced earlier this year in the form of Lucy’s debut LP, Wordplay for Working Bees, an album RA’s Andrew Ryce described at the time as “one of the most personal, affecting and diverse techno albums since Shed’s The Traveller.””
Check out other Resident Advisor podcasts in my archive and subscribe to the feed to get good music in the future. 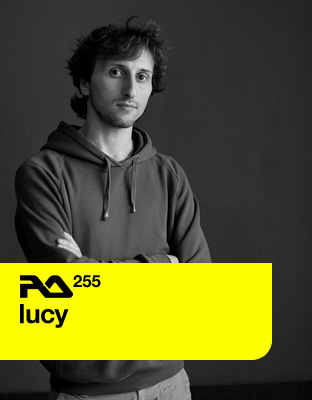