“”In a rave I wil b the short borderline fat black guy lookin strange” goes the tagline to Scratcha DVA’s twitter. But there’s a few other places you can find him as well. Each morning, for instance, he’s manning Rinse FM’s Grimey Breakfast Show, doling out new tracks and offering up salvation for 9-5ers. In the studio, he’s lately been cooking up twisted takes on UK Funky and house that have wormed their way into the bags of jocks like Kode9, Bok Bok and TRG.
While his show still retains the title of the genre that originally propelled him to prominence, it’s clear that his interests are broad. He even wanted us to mention that he’d like to be booked alongside some techno acts. Maybe that’s the influence of recently playing at Berghain for the first time alongside his friends at Hyperdub? Or maybe it’s just a reflection of how long and strange a journey it’s already been for this short borderline fat black guy.”
Check out other Resident Advisor podcasts in my archive and subscribe to the feed to get good music in the future. 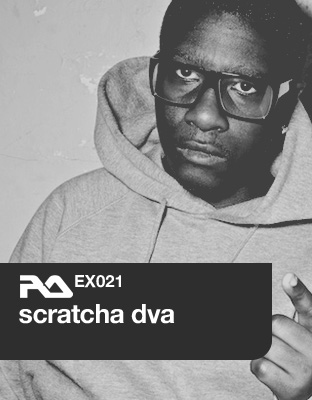