“The Detroit techno deity discusses his war machine.
For many, Carl Craig is the finest electronic music artist Detroit has produced. Since starting out in the early ’90s, he’s amassed an immaculate discography that’s spanned myriad aliases and genres. Much of this music has arrived via Planet E, the label he’s been carefully cultivating for over 20 years now. Craig released a string of impeccable remixes a few years back, which further fuelled his reputation as a specialist in the form, but he’s been relatively quiet on the production front since. This will be addressed next month with the release of Masterpiece for Ministry Of Sound, a triple CD that will collect his influences, the music he’s currently playing in clubs and a brand new collection of original material. It was on this subject that Joe Muggs began his conversation with Craig, and the pair went on to discuss The Beatles, pop music and the idea of the studio as an instrument of war.”
Check out other Resident Advisor podcasts in my archive and subscribe to the feed to get good music in the future. 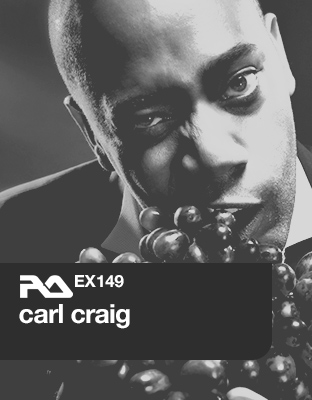