“Mark Radcliffe presents solo, with a feast of great music and chat for weekend breakfast
Today sisters Jessica and Camilla Staveley-Taylor of English folk-rock trio The Staves join Mark to chat about their forthcoming new album.
Along with their sister Emily, Jessica and Camilla began performing together as ‘The Staveley-Taylors’ at open-mic nights at their local pub in Watford, before shortening their name to The Staves. They released their debut album ‘Dead & Born & Grown’ in 2012 and have since collaborated with artists including Bon Iver.
Their new – largely self-produced – album ‘Good Woman’ will be their first in six years. Since the release of their last album ‘If I Was’ in 2015, Jessica has contributed vocals to Leonard Cohen’s final posthumous album, and they recorded vocals for Paul Weller’s recent number 1 album ‘On Sunset’.
Also on the show… catch up on the best music and entertainment stories of the past week in ‘This Week In Music’.
Plus… regular features ‘The Chain’ – our world-famous list of over 8000 interconnected songs – and ‘Sampled Underfoot’ which explores the samples used in some of our favourite tracks.
With a selection of music old and new to get the weekend started.” 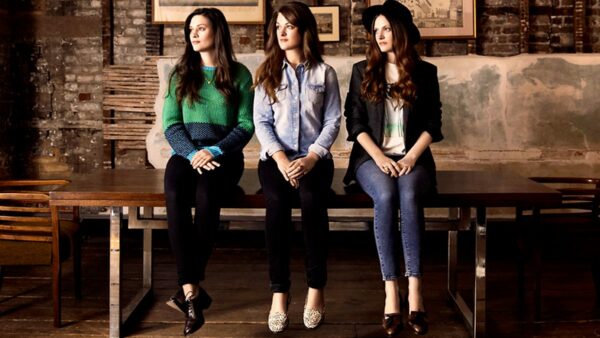