“Mary Anne gets up close and personal with comedian and actor Noel Fielding, the man behind some of television’s most radical sitcoms, The Mighty Boosh and Luxury Comedy.
Noel’s career in comedy started after an enthusiastically received book presentation in which he chose the Bible and dressed up as Jesus… He then went on to write some of television’s best loved comedies, and guest on shows including Never Mind The Buzzcocks (as a team captain), and the IT Crowd (as Richmond Avenal, the rarely seen fourth member of the IT team).
Noel’s other hobbies include donning spangled bodysuits onstage with his band, Loose Tapestries, co-fronted by Kasabian’s Sergio Pizzorno, and making art. We hear that he is especially good at drawing birds …
Now, aged 41, Noel is on tour for the first time in six years with his new show ‘An Evening with Noel Fielding’ – the perfect time, we thought, to catch up with him for an intimate chat.
Mary Anne is a huge fan of Noel Fielding’s Luxury Comedy. “I’m the only one still watching it,” she jokes.”
Check out my archives for other Mary Anne Hobbs radio shows and subscribe to the feed if you want to check out future shows. 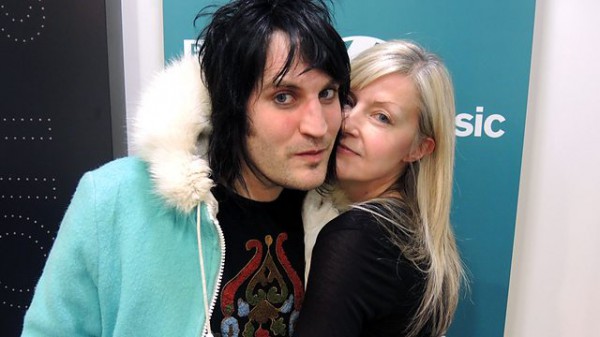