“Maft Sai and Chris Menist are best known for reviving Thai pop music from the 60s and 70s with the release of the Sound of Siam compilations, as well as forming The Paradise Bangkok Molam International Band. With the release of their debut album in December 2014, the band have become an acclaimed live band, updating the style and bringing Molam to a wider audience around the world, including the Worldwide Festival in Sete, 2015.
The guys came by the Brownswood Basement to share a handful of beautiful and rare 7inches with Gilles.”
Here is this weeks International edition of the Gilles Peterson Worldwide show, #961 I believe. This two hour show is syndicated to different radio stations.
Check out other Gilles Peterson shows here and subscribe to the feed to get good music in the future. 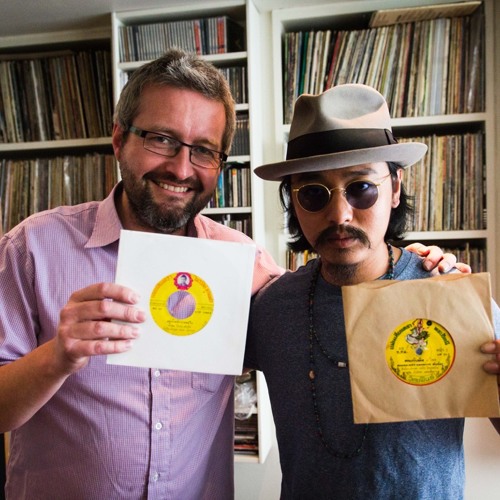