“Gilles sits in for Lauren and begins the week with a session from the Texan singer Leon Bridges, whose second album Good Thing was released back in May. Gilles Peterson is joined in the 6 Music Live Room by Leon Bridges, who released his second album, Good Thing, in May.
The Texan singer performs two tunes including Bad News, which has been a staple of Gilles’ summer DJ set; and Shy – with Brittni Jessie on backing vocals and Brandon Thomas on guitar.”
Check out other Gilles Peterson shows here and subscribe to the feed to get good music in the future. 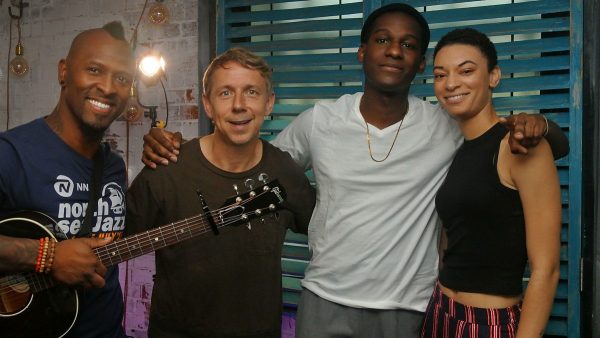