“To reflect 6 Music at the Hay on Wye festival, Gilles has a special session from MC and poet, Kate Tempest.
Starting out when she was in her mid-teens, Kate has come a long way since rapping at strangers on night buses; with a play, books and a new album under her belt.
Her debut album, with the band Sound of Rum, arrived in 2011 and since then she has supported the likes of Billy Bragg, Femi Kuti and John Cooper Clarke. Her latest musical offering comes in the shape of Everybody Down, a new solo album which is out soon.
In addition, Gilles will also be residing over the usual Saturday afternoon mix up selection, joining the musical dots between soul, hip hop, house, afro, electronica, jazz and beyond, in his own inimitable style.”
Check out other Gilles Peterson shows here and subscribe to the feed to get good music in the future. 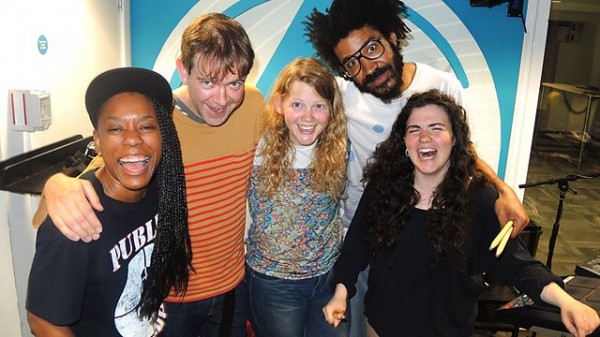