“Gilles is back for another Saturday afternoon mix up selection, joining the musical dots between soul, hip hop, house, afro, electronica, jazz and beyond.
This week he is joined in conversation and in session by UK trio, London Grammar. Gilles has supported the band, alongside other 6 Music presenters such as Mary Anne Hobbs and Lauren Laverne, since the release of their debut EP, Metal and Dust, which appeared back in February. Following a busy summer of festival appearances, including Glastonbury, Secret Garden Party and Bestival, they still managed to find time to release their debut album If You Wait in September.”
Check out other Gilles Peterson shows here and subscribe to the feed to get good music in the future. Support the show by listening to the stream over at 6 Music! 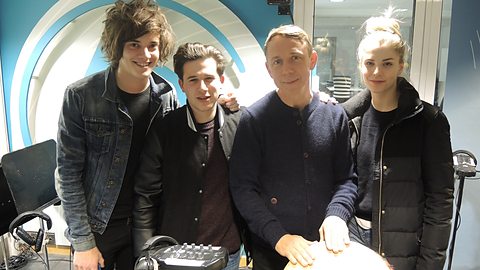