“Gilles Peterson is joined in the studio by Om’Mas Keith. Gilles first championed the work of Om’Mas over a decade ago, when Sa Ra Creative Partners first broke onto the leftfield soul/hip hop scene. The group got signed by Kanye West, and although their debut album never saw the light of day, Om’Mas’ output both as part of the trio, as well as on his own, has been constant ever since. Om’Mas recently won a Grammy through his work on Frank Ocean’s debut album, Channel Orange, and this month has been touring Europe with Brandt Brauer Frick, following his collab on the ‘Plastic Like Your Mother’ track. The two discuss everything from Gary Bartz to Sun Ra, and Sa Ra through to Om’Mas’ most recent projects.
There is also brand new music from Ghost Poet, Floating Points, a previously unheard version of a Fela Kuti classic, as well as some old favourites from Rufus and Chaka Khan, Joyce, The Staple Singers and and D’Angelo.”
Check out other Gilles Peterson shows here and subscribe to the feed to get good music in the future. Support the show by listening to the stream over at 6 Music! 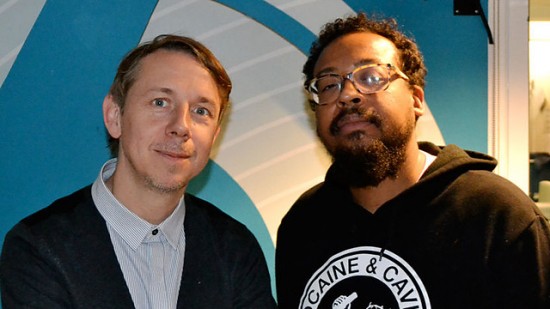