“The Lab LA is our weekly post-work party where we bring you the best American and international DJs live from the heart of Hollywood. This session we hosted the dank trap sounds of Chicago’s Flosstradamus.
For the last decade J2K and Autobot, aka Flosstradamus, have been a consummate force in the US bass scene. They’ve become notorious for their thundering bass sounds and turnt up party vibes, and are considered to be amongst the earliest adopters of the hip-hop and electronic crossover sounds that have been sweeping the US for a while. They’ve racked up massive releases on Fool’s Gold Records, Ultra and Mad Decent, and have headlined stacks of major festivals across the United States. The boys have also just begun their FLOSSVEGAS Residency at Surrender and Encore Beach in Las Vegas, and they’ll be heading off there to throw down after they smash the Lab LA.” 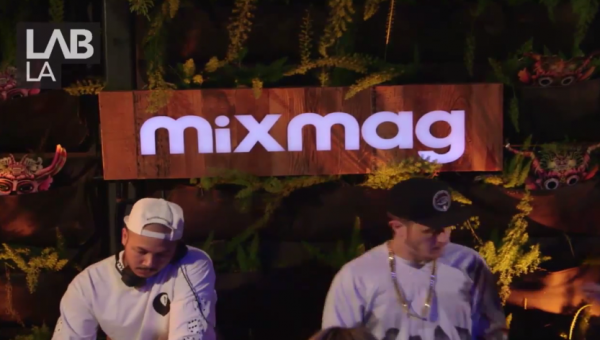