“Like Objekt, who contributed a heavyweight techno session for FACT’s 300th mix this Monday gone, Kahn is a relative newcomer, but hasn’t taken long to impress us: his first drop for Peverelist’s Punch Drunk label, ‘Like We Used To’ was a diamond set slightly off-centre between r’n’b and garage (and nothing “future” about it), while ‘Illy’ / ‘Tehran’, last month’s follow up, was looming half-step that showcased Kahn’s darker side. He also contributed an impressive digital EP, Altar, to A Future Without, and indulged his dubbier tendencies on a 10? titled ‘Way Mi Defend’.
Kahn is from Bristol, and it shows on his FACT mix: as well as tracks from Peverelist, Pinch, new Punch Drunk signings Zho and Kahn himself, there’s material from Portishead, Tricky, Massive Attack and Martina Topley-Bird. It’s also almost definitely the first time A Perfect Circle have featured in a FACT mix. You can download it below.”
Check out other FACT mixes here and subscribe to the feed to get updated about fresh mixes. 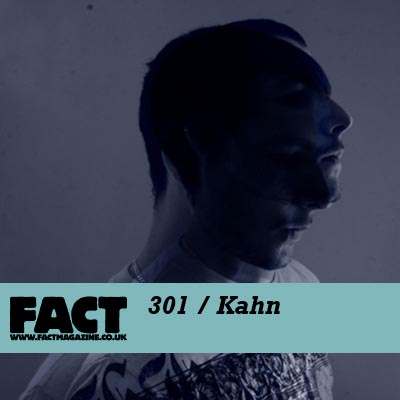