“Evil Activities came over from Holland to co-host Kutski’s Hardcore Horror Special!
Kutski digs out all the horror themed tracks he can muster, Evil Activities goes into the mix and chooses his Hardest Record in the World, plus the guys explain why hard dance and horror work so well together.
Not to mention Kutski’s run down of how hard dance DJs fared in the Top 100 DJ poll!!!”

“UK hardcore star Gammer is in the mix, plus Holland’s Devon K in Resident’s Association. Our ‘Hardest Record In The World’ comes from Angerfist, plus music from Legend B, Tuneboy and Mad Dog.”

“Australian Hardstyle rising star Code Black drops a massive guest mix, Andy Whitby is on the phone for Resident’s Association and there’s the obilgatory Hardest Record In The World.
All that, plus Kutski drops hardstyle, hardcore and underground classics from the likes of Audiofreq, The Prophet, Coone, Argy and Alex Empire!”

“Kutski is in the hot seat with hard dance and hardcore, plus a guest mix from hard-houser Lisa Pin-Up. Ruthless joins the Resident’s Association, and we take it back to the Old School with a 90s Rave Mix!”

“Andy Whitby live in the studio delivers a storming guest mix, chats about his favourite producers and accidentally reveals he is indeed F Vinyl as well! That’s an exclusive peeps!
Plus Snap, Crackle…Drop, The Hardest Record in The World Right Now and Tiesto’s new tuuuuuune”

“This week we’re winding the clock back to the early-Naughties to have a listen to some of the early hard trance that came over from Europe. Around this time UK hard house was massive all over the world, but, all of a sudden, there was this influx of amazing hard trance coming over on import from Germany. It was still just as banging, but had these big Euphoric breakdowns and just added a whole new dimension to DJ’s sets in hard dance! We’re talking artists like Scot Project, Yoji Biomehanika, Hennes & Colds, Alphazone, The Crow… We’re going to cram them all into this week’s Freerange Euro hard trance mix!!!!”

“This week we’re revisiting a label we covered a while back, but there where so many great tracks – and this label has such a cult following, we just have to take a second look at the back catalogue. It’s a straight up Gabber label from Holland, set up in 1993 as a tongue-in-cheek response to the massive Rotterdam Records, as it’s name translates to ‘Amsterdam’. Most of the releases where over 200bpm, but the key to the label’s success, even though there where some landmark tracks on the label, was it never took itself too seriously, with gabber remixes of Happy Birthday, Abba (a track called Abba-Gabber) and, of course, Technoheads “I wanna be a hippy” – which got to #6 in the UK charts in 1996. I won’t lie to you, this is one of those marmite sounds you’ll either love or hate, but I can promise you won’t forget it any time soon! These are the sounds of Mokum Records on Radio 1!!!”

“This week, as we’re celebrating all things Scottish on Radio 1 for T In The Park, I thought it only fair I play my part! I’m sure anyone who’s into hard dance at all will know all types of hard dance music are massive up in Scotland, so I’ve drafted one of Scotland’s number 1 hardcore DJ to do us a 30 minute mix to represent the harder sounds Scotland has to offer. I first time I heard this guy was in the mid 90’s when he was resident at the legendary FUBAR club; and since then he’s gone on to play some of the biggest hardcore parties around the world, as well as running some of the biggest raves in Scotland!!! This is the sound of Scotland with DJ Obsession in the mix on Radio 1!!!!! Kutski.”

“I’m sure quite a lot of your may have heard I played a massive festival out in Holland last weekend called DEFQON 1! I was playing earlier on the main stage, so I thought rather than just belting it out, I’d try and set the mood by digging out some early hardstyle classic!! And this gave me a brilliant idea for a freerange mix as everyone is loving the hardstyle vibe at the moment, but it only really got big in the UK towards the end of last decade, but the music was originally being pioneered out in Europe at the start of the decade. So this week, we’re going in deep for a bit of a history lession in this weeks early hardstyle freerange mix!!”

“If youâ€™ve been following me on facebook or twitter, youâ€™ll know Iâ€™ve recently been out on tour in Australia, and Australia is really hot place for hard music at the moment, Especially Hardstyle!! Over the past 12 months there is one particular Hardstyle duo from Sydney that Iâ€™ve been heavily supporting, and a few weeks ago I saw them play at a massive rave out in Australia called Magic City, and I was so blown away by them, I had to get them to do me a guest mix to bring back and share with you all tonight!! Iâ€™m sure youâ€™re gonna love them too, these are the sounds of Bioweapon on BBC Radio 1!!!!”

“Kutskiâ€™s Hardcore Special: Representing the scene from the early 90â€²s through to the present day with two guest mixes from Technikore and Scar & Uplift. We last caught up with Technikore at the Hard Dance Awards 2011 when he won Best UK Hard Producer. Today he brings us a 30 minute Guest Mix representing a host of people big in the game; Hixxy, Darren Styles and himself, natch. Then its Scar and Upliftâ€™s turn with their 30 minute Guest Mix â€¦ Plus all the usual goodness of Snap, Crackleâ€¦.Drop & Hardest Record In The World Right Now. Check out the Radio 1 Dance Blog for Kutskiâ€™s latest, all about the Old Skool goodness of Snap, Crackleâ€¦..Drop, anyone remember when Hixxy had a ponytail?! We doâ€¦”

Breakcore.nl is out with yet another release. This time it is a free mp3 compilation called Themeless that contains an incredible 37 tracks (324 MB download) from breakcore producers. I wouldn’t call the release strictly as breakcore because there are some jungle and tracks that borderlines to hardcore. 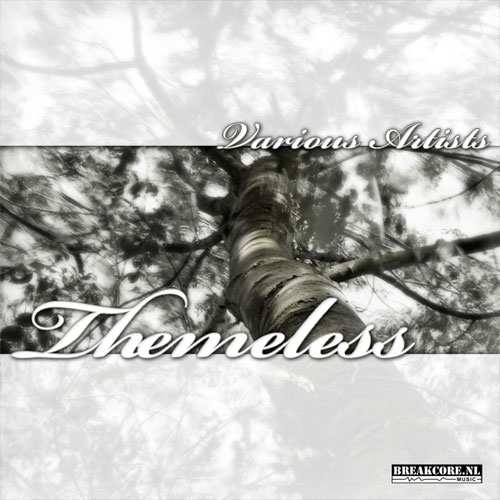 Ok, it is Saturday and time for some wild party music. Jay Nom gives us a mix with filled with crazy breakcore, hardcore and gabber(ish) tunes.
The mix is hosted by Death$ucker Records.

A gang from the Ninja Tune forum have made a massive hardcore mix with tons of breakcore, old school hardcore, gabba, rave, hip hop, and so on. The contributers have each made of 10 minutes part of 113 minute long mix.
I was a bit skeptical when I first heard about the mix, but it actually works! Made me want to rave like it was 1994.

This is the fuckin hardcore

The tracklist is enormous so here is a link to the NFO.