“Rob has a session from Dry The River and exclusive live tracks from Mogwai, as well as more eclectic sounds from the UK and beyond.”
Check out other Rob da Bank shows here and subscribe to the feed to get good music in the future. You can also follow Core News on Facebook and Twitter.

“Soul Clap throw down a vinyl only Essential Mix. Boston’s Soul Clap, aka Eli Goldstein and Charles Levine, mix up House, Disco, Hip Hop, R&B and Funk.”
Check out other Essential mixes in my archive and subscribe to the feed to get good music in the future. You can also follow Core News on Facebook and Twitter.

“oOoOOâ€™s FACT mix starts with a new track by him, before rolling through a selection of FACT favourites (James Pants, Gucci, DJ Roc), stuff you might expect (Demdike Stare, Broadcast) and some bits you might not (Cat Power). Overall, it makes for pretty good listening, but really, was it ever gonna be any different?”
Check out other FACT mixes here and subscribe to the feed to get updated about fresh mixes. 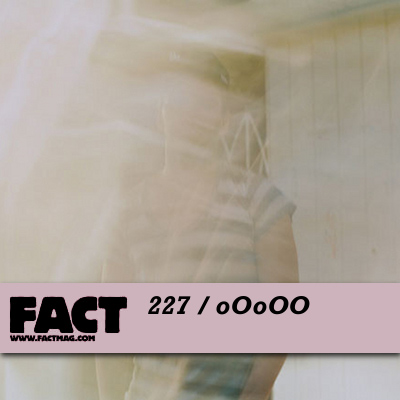 “Parker returns with the third installment of his much acclaimed ‘did it’ mix series. This time round the ‘Monkey Butler Did It’ and true to form it’s packed full of everything but the kitchen sink. Mad Parker exclusives meet everything from Foreign Beggars, Joker and Ludacris to Aretha Franklin, Muse and Led Zeppelin. His last mix was recently voted in the top 50 for 2010 on Mixcloud, so you can expect some top notch bizniz! We stretch out in hour 2 with a mix from Leftside Wobble. We usually shy away from mixes of one genre and one record label, but when we’re talking about the legendary Trax Records who are celebrating 25 years, we make an exception. Bill Brewster and Frank Broughton have put together a selection of classic house from Trax Records that are lovingly remixed, including music from Mr Fingers, Frankie Knuckles and Jack Frost. DK continues with future styles of what started 25 years ago as house music. Keeping it deep with J Alexander, Midland, Ph0t0machine and Carl Craig doing his own edit on a bootleg of his classic ‘The Climax’, plus more from the Jamie XX reworks of Gil Scott-Heron and early material from the man himself to close the show.”
Check out other Solid Steel shows here and subscribe to the feed to get good music in the future.

“Breakage & Pleasurekraft feature on the Pete Tong show this week, make sure you stay one step ahead of the dancefloor by checking out future anthems from Black Rose, Tame Impala, Herve, Alesso, Photek and more!”
Check out other Pete Tong – The Essential Selection shows in my archive and subscribe to the feed to get good music in the future. You can also follow Core News on Facebook and Twitter.

“Let Annie Mac kickstart your weekend with the biggest tunes in the galaxy! Thereâ€™s bangers from Sigma, Jessie J and Skream, plus Jackbeats pop in to the studio to hand deliver an exclusive tune. For the drum and bass heads thereâ€™s an incredible Mini Mix from 1Xtraâ€™s Crissy Criss, featuring no less than 166 tunes! Wow! Thereâ€™s only one thing to do, jump in and get involved.”
Check out other Annie Mac shows in my archive and subscribe to the feed to get good music in the future. You can also follow Core News on Facebook and Twitter.

Here is a set from Chef on Rinse FM.
Check out other dubstep mixes here and subscribe to the feed to get updated about fresh dubstep mixes.

“Feed Me chats to kissy about his changing music style from D&B to electro, his upcoming American tour and signing to Mau5trap Recordings. Plus all the usual goodness; jump up and rave stylee!”

“Canada, as you might know, is a mighty big country, which is why we found it funny when e-mailing Eddie C to set up an interview around his new album for Endless Flight, Parts Unknown, to find out he’d be staying in Berlin on his recent tour with fellow Canadian Mike Shannon. Slo-mo disco Eddie C and a guy who just released a minimal-minded collaboration with Dewalta? Intrigued to find out their connection to one another, we decided to get them together. In the process, we found out that the two shared time in the trenches of Kitchener, Ontario, with C holding down a radio show and Shannon throwing parties in the area. The two eventually lost touch as their music careers took them in different geographical directions: Nowadays, Shannon’s Cynosure label is based in Berlin, while C makes his home in Banff, Canada partly so he can indulge his other passionâ€”skiing.”
Check out other Resident Advisor podcasts in my archive and subscribe to the feed to get good music in the future. 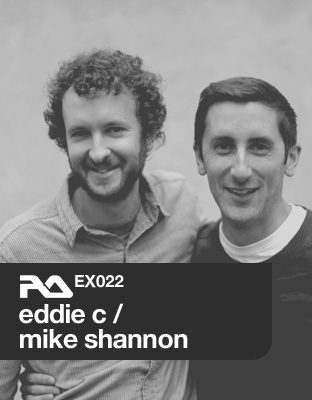 Time for some heavy dubstep rhythms! Here is a set from N-Type on Rinse FM.
Check out other dubstep mixes here and subscribe to the feed to get updated about fresh dubstep mixes.

“Erol Alkan drops by with exclusive news for Jaymo and Andy George, and debuts his new rework for Connan Mockasin. Plus, new tracks from Soul Clap, Cosmic Kids and Funkin Matt.”
Check out other In New DJs We Trust here and subscribe to the feed to get updated about fresh mixes.

“Annie Nightingale bring the bass, the breaks and everything in between! Featuring a guest mix from Document One and big tunes from the likes of Nero, Cassius, Danny Byrd and a load more. Turn it up!”

Rinse FM has some big names on this week. Here is a recording of Floating Points and Kyle Hall on Rinse FM 1st of March!
You can follow Core News on Facebook and Twitter.

“Imran Khan’s first radio interview in a year. The Punjabi superstar tells Nihal what he has really been up to recently, and reveals hot news of a collaboration with a certain US rap star. DnB producers Amit and Klute swing through the studio for a chat about exciting new material and details of a forthcoming album.”