“The 2 Bears take over Radio 1’s Essential Mix, featuring a hot-off-the-press Soulwax remix of Joe Goddard’s ‘Gabriel’ and an exclusive Simon (Basement Jaxx) Radcliffe remix of ‘Be Strong’!
The 2 Bears are hairy ravers Raf Rundell and Hot Chip’s Joe Goddard. They first worked together at the Greco Roman Soundsystem parties in London in 2009. Apparently they were going to be a trio with Joe Mount from Metronomy, called ‘3 Bears’. But they settled on becoming a duo and released their first EP on Southern Fried in 2010. The massive ‘Bear Hug’ was released last year and they are just about to drop their debut album ‘Be Strong’.
This show contains strong language.”
Check out other Essential mixes in my archive and subscribe to the feed to get good music in the future. You can also follow Core News on Facebook and Twitter. 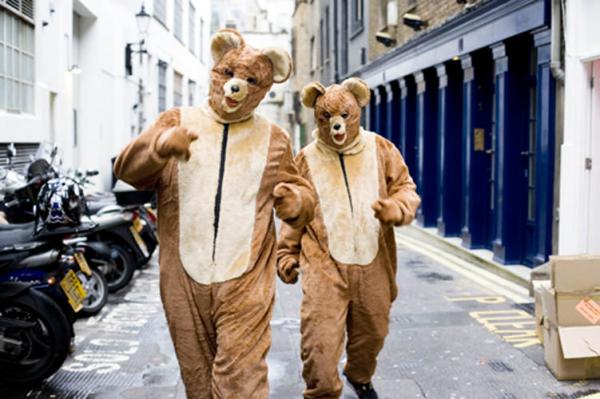