“Solid Steel (6th June) Addison Groove is our guest in Hour 1 with the most diverse mix he’s ever done and perfect for a sunny weekend. We kick off with a dubwise selection from Lee Perry, Augustus Pablo, King Tubby and Linval Thompson, then two from Angola, Dr Buzzard’s Original Savannah Band, Gil Scott Heron and Antibalas. Then it’s onto hip hop from LL Cool J, J Dilla and the classic Dilla produced ‘Drop’ by The Pharcyde. Finally we switch up to a Footwork selection including music from his friend Rashad RIP, The Dutty Inspectors and an EXCLUSIVE premiere for ‘Love Will Save’ by Addison Groove from his forthcoming ‘Turn up the Silence’ EP on Modeselektor’s label 50 Weapons.
In Hour 2 it’s a return for Alex Banks, who was the Solid Steel Mix of the Year winner in 2012 and now has a new album ‘Illuminate’ out on Monkeytown, another label run by Modeselektor. He tells us;
“Having spent a lot of time focussing on producing my new album recently, I’ve not recorded a DJ mix for a while so I wanted to put something together that includes some of my favourite tracks from sets I’ve played out in the past year or so, as well some of brand new stuff I’m really excited by at the moment. As the music I make is influenced by a wide range of styles, I’ve also tried to incorporate that into my DJ sets, so here you’ll find downtempo electronica mixed with full on dance floor smashers and everything between. There’s also a few tracks from the new album and an exclusive preview of my forthcoming release on the next Modeselektion Vol.3 compilation out 27th June.””
Check out other Solid Steel shows here and subscribe to the feed to get good music in the future. 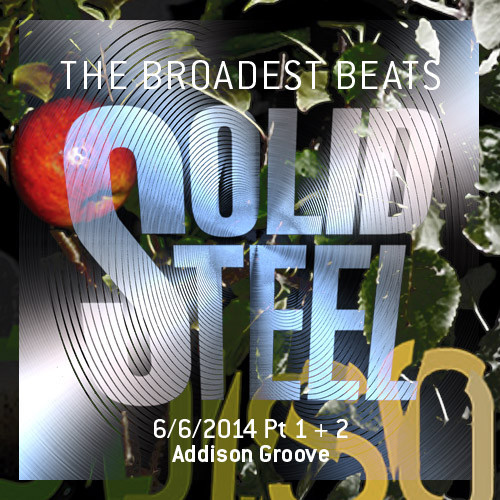